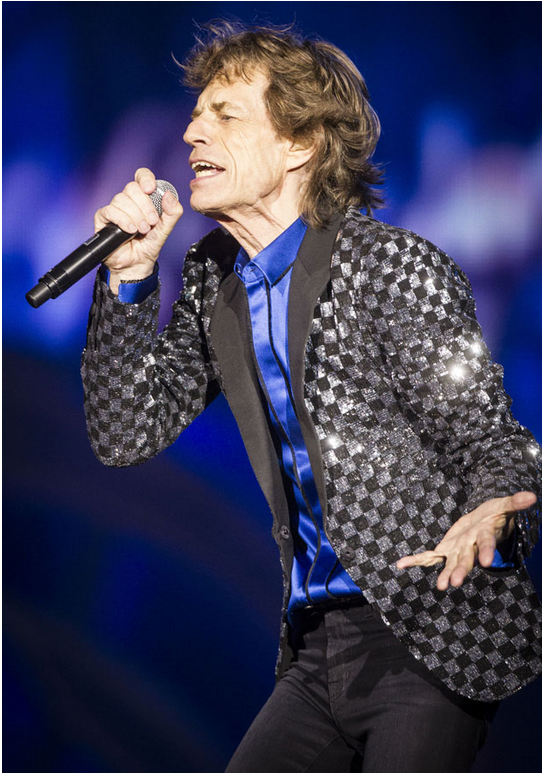 In an earlier part of my life, I was a singer songwriter who player piano and performed my own songs as well as top 40 cover songs. I was raised in the rock and roll tradition of the 60s and 70s. I was also a concert pianist and jazz aficionado.  Although I had scored films and did occasional studio work as a keyboard player, I had never met or worked with anyone on the level of fame as The Rolling Stones. (I did work with Olivia Newton John, who was actually a very nice person.)

About five years ago, I had a very brief encounter with Mick Jagger, iconic lead singer of the Rolling Stones. Alas, it did not occur in a wonderful way such as meeting him in the recording studio. In fact, it is not something I will wistfully describe to my grandchildren in my future declining years. Instead my date with rock n’ roll destiny occurred in a more peculiar manner. Although I can joke about it now, here was my beef (or in this case, fish) with him.

I had gone out to dinner with my wife and son to a fashionable sushi restaurant in West Hollywood. We were seated in the back at a very nice table and were thoroughly enjoying our meal. Suddenly, our waiter came over and said, “are you almost done?” Taken back a bit, I remained composed. “No”, I said, “we have really just gotten started. Why?”

Fidgeting nervously, he sheepishly said, “I’m sorry, but I’m going to have to ask you to move to another table.”

“Why, I protested, “we’re all set up with our food and drinks here..”

I’m sorry, he said. “Mick Jagger and his entourage just walked in and they want this table. I’m sorry, but you’ll have to move. ” I looked over and there was Mick with three other people waiting to be seated.

Look, I said, there are several other empty tables available right over here.”“I’m sorry,” he reiterated in a hushed reverent tone, “but Mick wants this table. It’s his favorite table.”

Not wanting to make a scene, we got up and moved over a few tables down. The waiter was much relieved that a scene had been avoided. “I’m sorry, but this is his favorite table” he again reminded me (as if that was proper justification for the disruption.)

As we collected our plates and moved over to a smaller table, his highness breezily strode by with his friends as if I did not even exist.  I had always wanted to meet Mick as I had always admired his music and vocals. However, sitting three tables down from him in the sushi restaurant was as close as I would every get.

I was actually amazed at how small, slender, and wrinkled he was in person. Not an ounce of body fat on the bloke. Whenever I had viewed performance videos of him on stage, he always seemed to look much bigger.